A few notions about the “Bourguignon” vineyard

First, it represents 29,500 hectares including 25,000 hectares in AOC for a total production of around 1.4 million hectoliters. It has nearly 5,000 winegrowers, 115 trading houses and 19 cooperative cellars. It includes the departments of Yonne, Côte d´Or and also Saône et Loire. The vineyard stretches for 250 kilometers in length.

- Seven so-called “regional appellations”. This appellation covers the entire territory of a wine region. It is also the largest existing production area in France.

- The “Premiers Crus“ which are wines of village appellations. There are approximately 662 climates classified as Premiers Crus. We find the mention for example Beaune 1er cru and the climate is for example “LES THEURONS”

In the next article, we will talk about the different grape varieties of the Bourguignon vineyard. 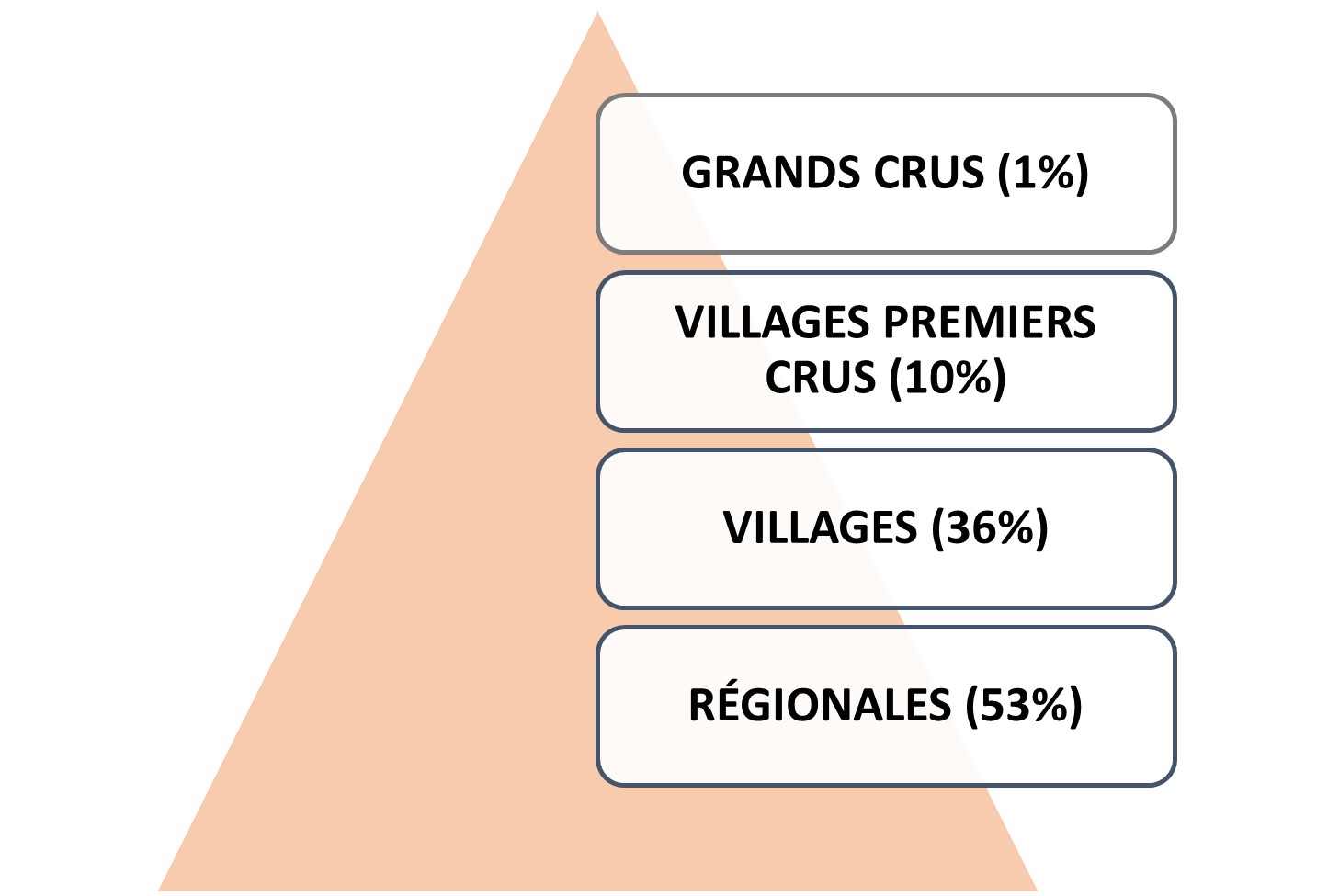 Distribution of the different appellation